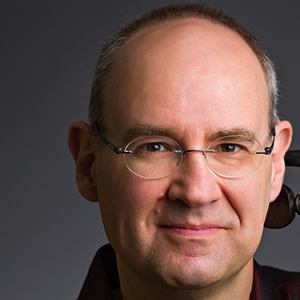 Cellist Michael Kannen has distinguished himself as a musician and educator of uncommon accomplishment who is comfortable in widely diverse musical situations and venues. He was a founding member of the Brentano String Quartet and for seven years performed with that group on concert stages around the world, on radio and television, and on recordings. During those first seven years, the Brentano Quartet was awarded the first Cleveland Quartet Award, the Naumburg Chamber Music Award, the Martin E. Segal Award from Lincoln Center, and the Royal Philharmonic Society’s award for best debut recital in England for the 1997–1998 season. With the Brentano Quartet, Mr. Kannen appeared regularly in such venues as Alice Tully Hall in New York, the Library of Congress in Washington, Wigmore Hall in London, the Amsterdam Concertgebouw, the Chatelet Theater in Paris, and the Sydney Opera House.

In addition to his work with the Brentano Quartet, Mr. Kannen has been a member of the Meliora String Quartet and the Apollo Trio. Mr. Kannen has been heard with the Chamber Music Society of Lincoln Center and the Berkshire Bach Society, and has appeared at major summer music festivals, including the Spoleto Festivals in Charleston, Italy and Australia, Chamber Music Northwest, the International Musicians Seminar in Prussia Cove, England, the Rockport Chamber Music Festival, the Cascade Head Music Festival in Oregon, the Vancouver Chamber Music Festival, the Caramoor Music Festival, the Four Seasons Festival in North Carolina, and the Skaneateles Music Festival. He is a member of the faculty of the Yellow Barn Music Festival and has served on the faculty of Tanglewood. He has collaborated with such artists as Jessye Norman, Phyllis Bryn-Julson, Sergiu Luca, Hilary Hahn, Daniel Phillips, Donald Weilerstein, Pamela Frank, Leon Fleisher, Mitsuko Uchida, Peter Frankl, Peter Serkin, Paula Robison, Kenneth Cooper, David Krakauer, Jörg Widmann, Steven Isserlis and with jazz artists Michael Formanek and Uri Caine.

Mr. Kannen frequently performs on period instruments, including performances on the Smithsonian Stradivarius instruments and regular appearances with Music in Context, in Houston, with whom he has recorded the music of Robert Schumann on old instruments. In addition, he is a devoted player of new music who has participated in numerable world premieres. He has also recorded on the Azica and CRI labels Mr. Kannen is currently the Director of Chamber Music at the Peabody Conservatory in Baltimore, where he holds the Sidney Friedberg Chair in Chamber Music. In the past he has been on the faculties of Dartmouth College, the Purchase College Conservatory of Music and the University of Texas, El Paso, as well as on the summer music school faculties of the Yellow Barn School and Festival, the Taos School of Music, and the National Music Camp at Interlochen. He has also given masterclasses at Rice University, Princeton University, the Boston Conservatory, Mannes College and the Caramoor Music Festival. In addition, Mr. Kannen has been a program annotator and lecturer at the “University of Chicago Presents...” and the Shriver Hall Concert Series in Balitmore.

Mr. Kannen is a graduate of the Curtis Institute of Music, and pursued graduate studies at the New England Conservatory and Indiana University. His teachers have included Orlando Cole, Laurence Lesser and Janos Starker, and he has studied chamber music with Felix Galimir, Joseph Gingold, Misha Schneider and members of the Juilliard, Guarneri, Tokyo and Cleveland String Quartets.

Mr. Kannen lives in Baltimore with his wife, violist Maria Lambros, and their son, Daniel.